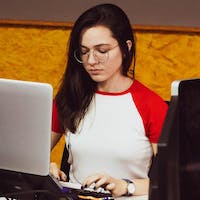 For me, randomness was about something that we could not predict that it was going to happen at all. And when I put it together with the concept of variable that I consider to be an element that can take any possible value under minimal circumstances ... I just could not understand at first what those statistics texts were referring to when mentioning random variable. Is it like any possible value to any random situation? Wait... what?

But thankfully now I do know what they mean. HOORAY (if you have ever watched StatQuest you will get this expression. This channel is like a statistical bible in the form of videos. And I am totally taking this expression throughout the rest of my life (and posts). ☺️

A random variable is just a variable whose value we don't know. It does not mean that we don't know the values (or the range of values) it can take (in fact we do!) And for each value (or range) we can associate a probability for it to happen.

The random variable is actually the set of outcomes of the event(situation/experiment) we are interested in. Hence, knowing the event, we can choose what outcomes we want to analyze. Here we go with some examples:

A random variable is represented with a capital letter such as X and it has the following possible values: x₁, x₂, x₃, ..., xₙ. Notice that I am enumerating (counting) these possibilities but this is not always the case as we will see now. It is just for you to understand that

There are two types of random variables: discrete and continuous.

Be aware that the event by itself does not determine which type of variable we are dealing with, but our main interest in this event. As an example, let's say we want to know how much time it takes to get to university. If we want to know the EXACT time, we are dealing with a continuous variable as we can not have sure about it. I can take 12.31018793220 minutes or as many decimals you want to add here. It is not countable.

On the other hand, if I want to know the amount of time rounded so I can have just the minutes, it is possible for me to count the values: 12, 13, 14 minutes ... and so on (I can count !). In this case, I am dealing with a discrete variable.

For discrete variables, we can find the probability of X taking a value x₁. So, P(X = x₁) can be defined! The probabilities can be taken from a frequency chart (histogram).

For this, we just need to calculate the area under the plotted curve of probabilities. These probabilities are also taken by a histogram in which the values are plotted based on intervals/bins (these intervals can be as small as we want). Then a line is plotted circumscribing the histogram bins. 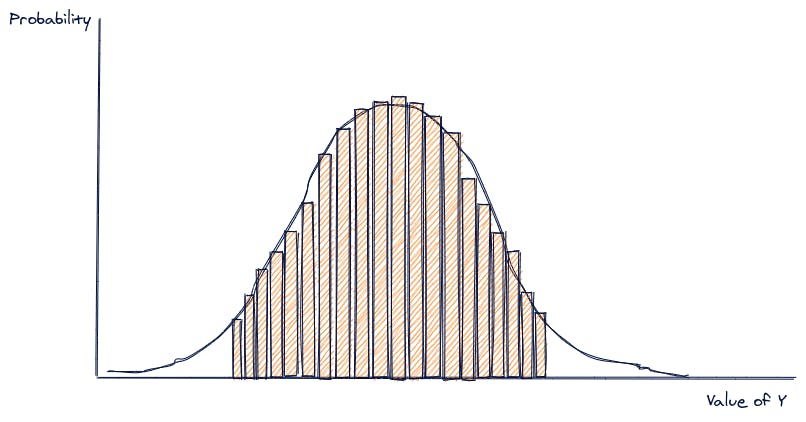 Continuous variable and its probability curve) 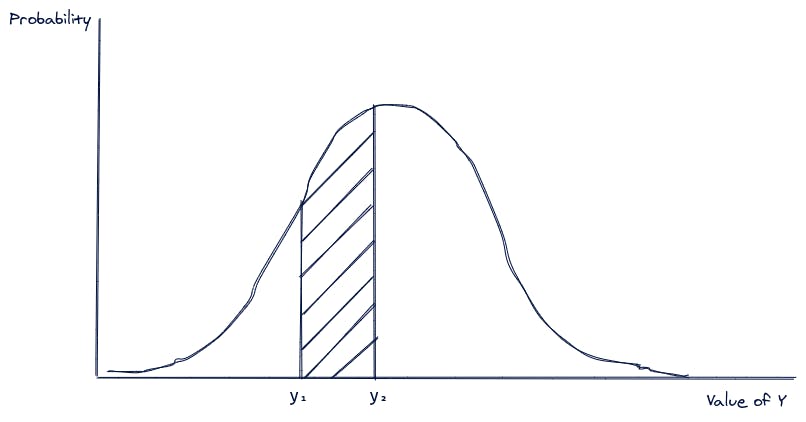 The probability of P(y₁ < Y < y₂) is this hatched area

Thanks for reading 😊☕️

Any suggestions, questions, comments and critiques are highly welcome! Even if it is just to compliment my drawings. I know, they are awesome.